Skip to content
Gertrude is a much loved Sierra. Originally the family daily driver she spent her working life ferrying the children around Paris and regularly driving to Istanbul where Clive was based as an airline pilot. Close to death after years of being in storage she arrived at Project Shop to be given a new lease of life. Although not pristine, the body was straight with very little structural corrosion and the interior was in good condition. The mechanics, however, had suffered. There was little engine compression, the clutch was shot, all of the suspension was corroded and worn out and there were no brakes!
All of the mechanical components were stripped out of the shell so that we could sandblast the underside and all of the subrames and suspension. Over a 3 month period the running gear and engine were rebuilt, underside was repaired, repainted with Raptor Coat before being assembled with all new suspension, steering and brake components. The wiring loom required 2 weeks of careful rebuild including a new loom for the EFi system. In early February her first voyage was back to France to have a fresh MOT and be re-registered. The French mechanics who had been doing this for the last 20 years could not believe the change in her condition! 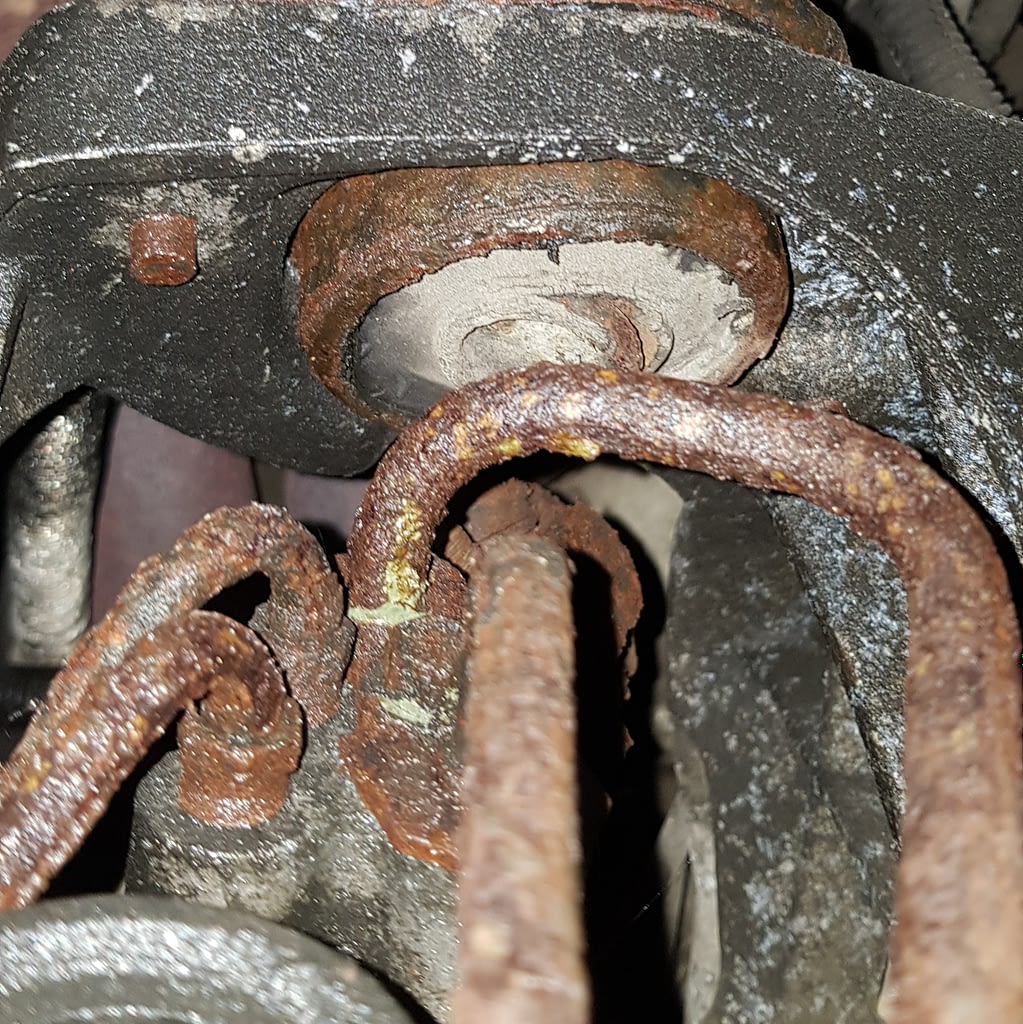 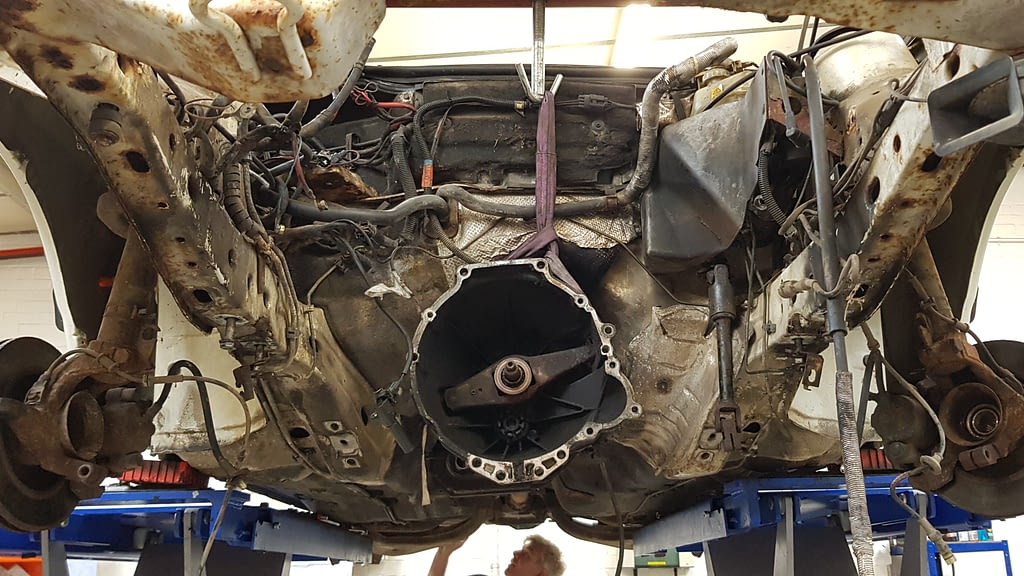 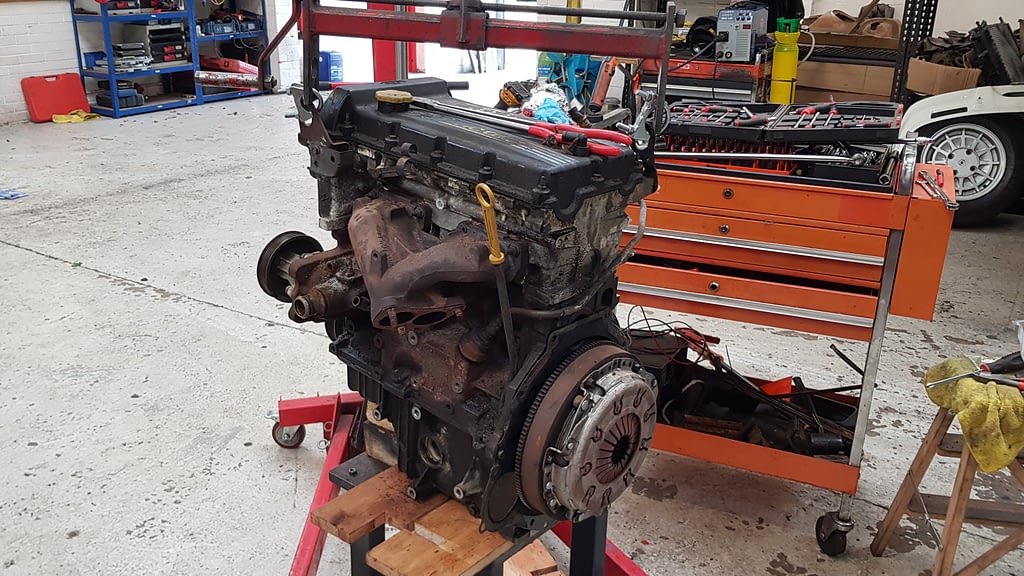 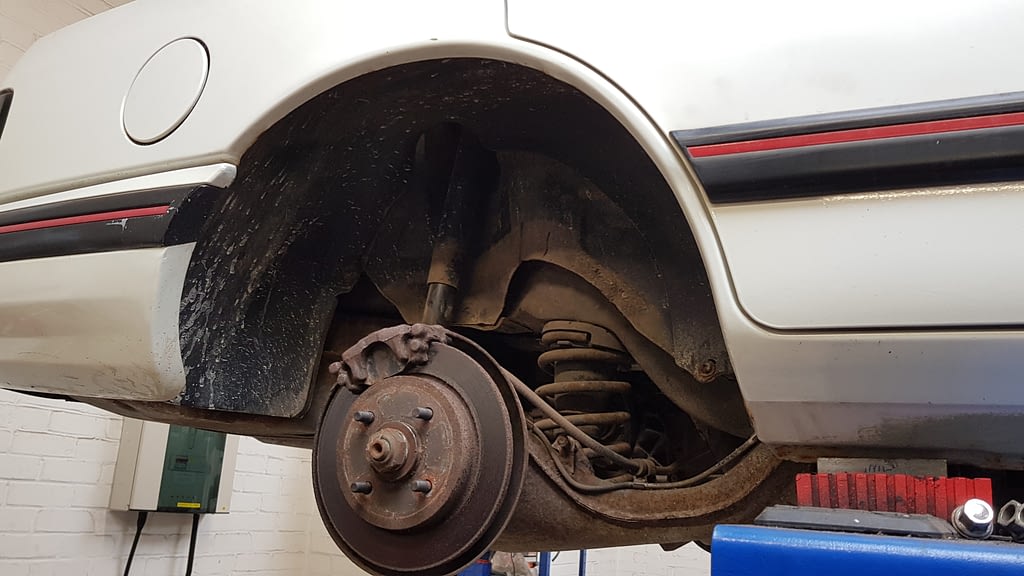 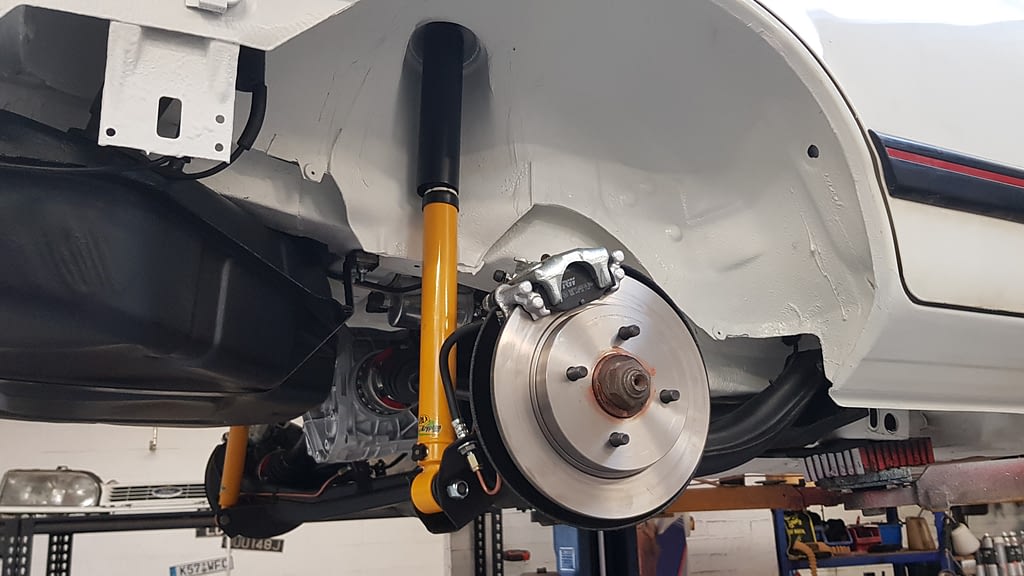 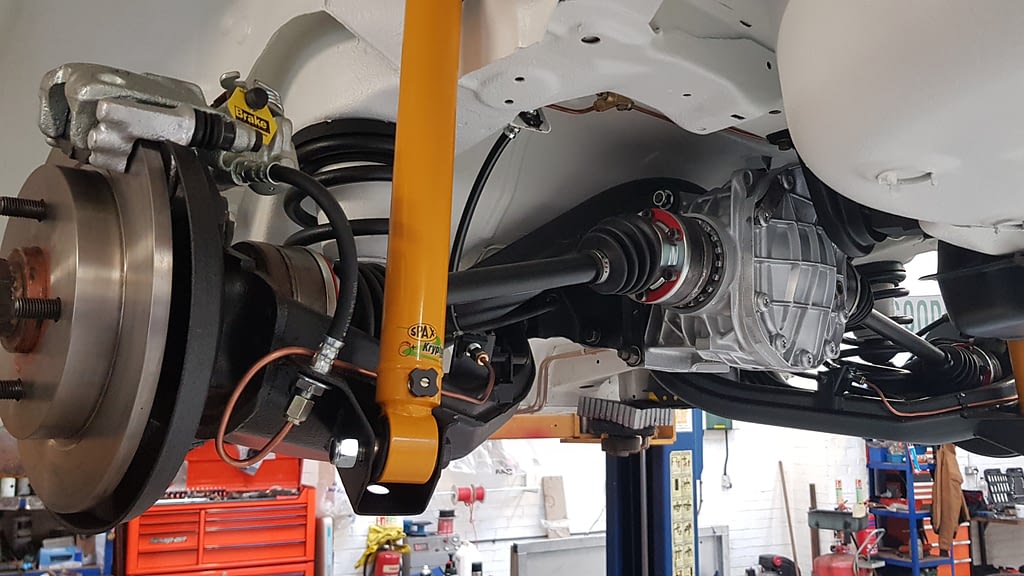 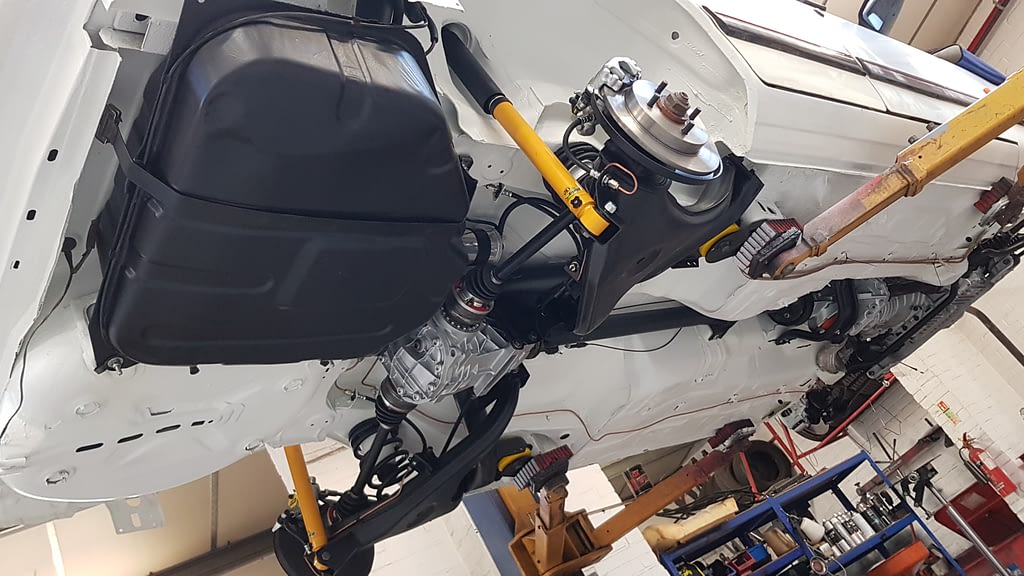 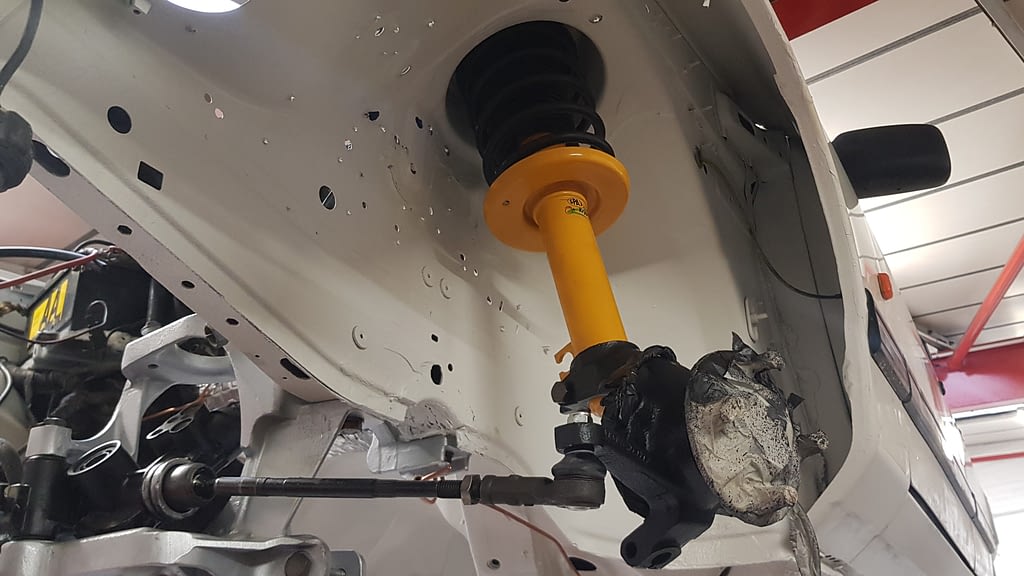 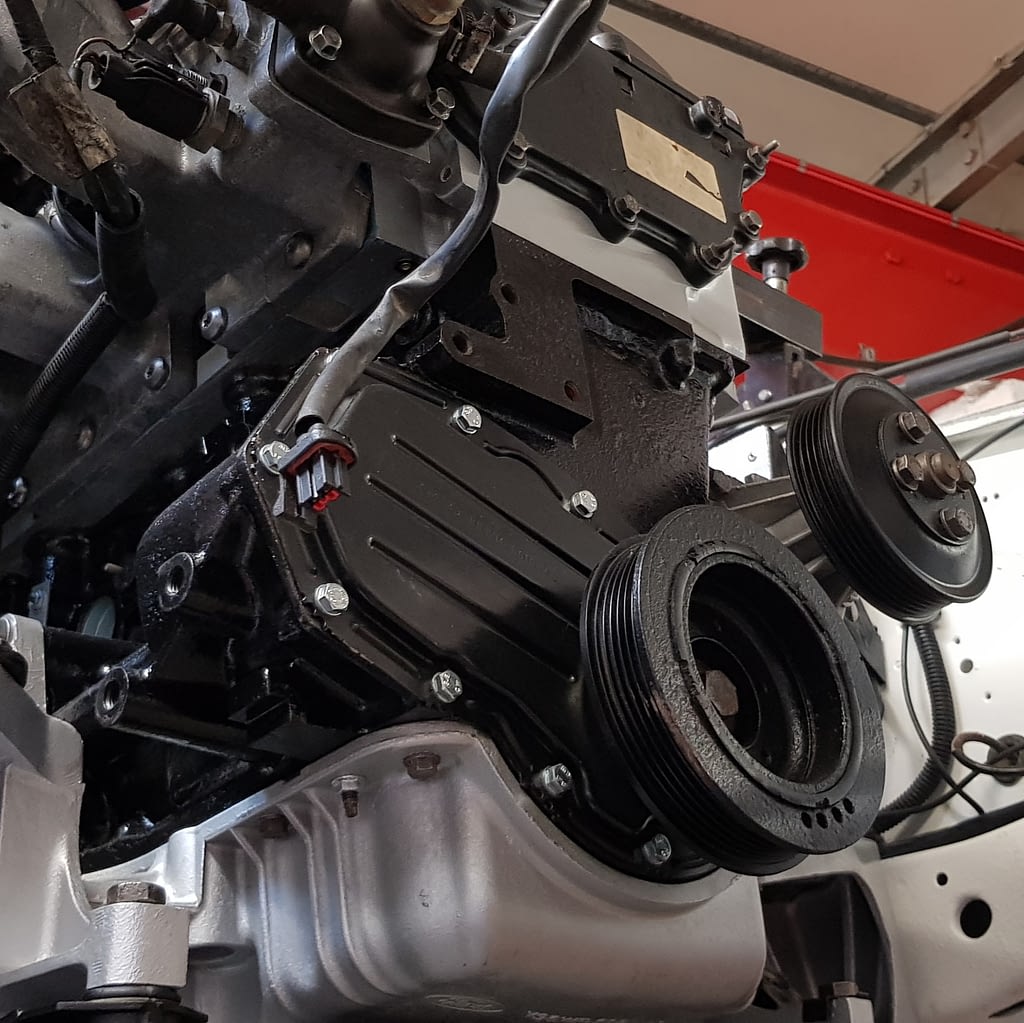 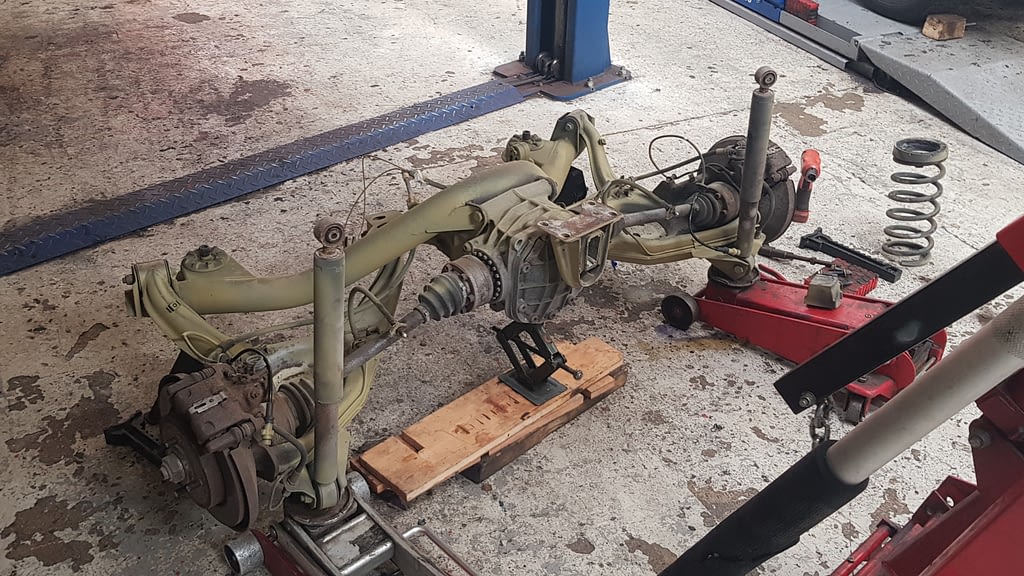 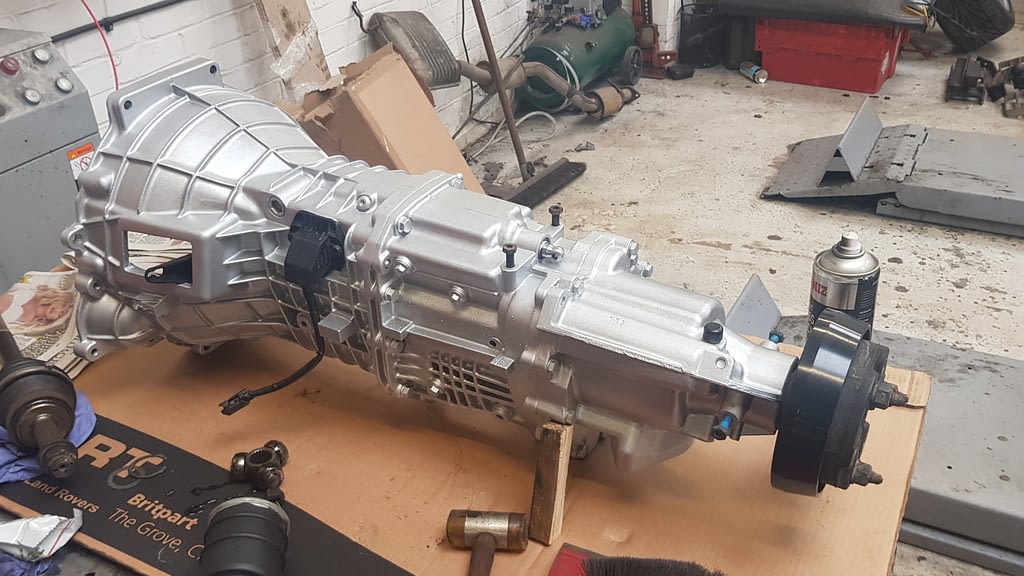